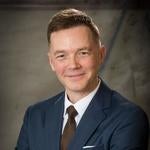 Tim is a founding member of the firm.

Thanks for contacting us. We'll get back to you promptly.

Please complete all required fields below.

Attorney Advertising. This website is designed for general information only. The information presented at this site should not be construed to be formal legal advice nor the formation of a lawyer/client relationship.
Contact Us Today